What’s the difference between straw and hay? Cattle and poultry? To sow and to plough? You’ll learn some farming and agriculture vocabulary in this episode of Aprender Inglés con Reza y Craig.

What is the fastest and easiest way to learn vocabulary?
Read!
Apps or notebook Memrise (flashcards) – Website: http://www.memrise.com/
Write words on Post-it notes and stick them around your flat or office
Duolingo – Website: http://www.duolingo.com/Duolingo
(iOS /Android)
Use mnemonics (memory tricks) – ‘rathaus’
Research show that it’s better to write down vocabulary and other information by hand rather than digitally.

Voice message from Juan from Argentina who’s in Australia

Barn – a farm building – granero – Were you born in a barn? – Close the door! Have you ever been to a barn dance?
Cattle – animals like cows and oxen – buey – used for meat or milk 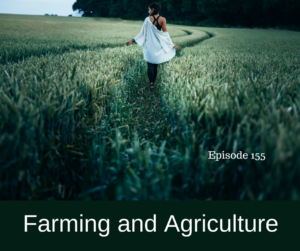 to farm something out – to send work to someone to be done away from one’s normal place of business; to subcontract work. “We farmed the podcasting editing out.”

a funny farm – a hospital for people who are mentally ill
Example: My grandmother had to send my uncle to the funny farm when she couldn’t take care of him at home anymore.
Note (¡OJO!): This is a humorous or funny expression, but could be considered rude by some people.

the last (final) straw – the last of a series of events/annoyances/disappointments that lead a person to losing his or her patience/temper/hope
“He’s been late a few times, but this is the last straw!” “Yesterday my neighbours were partying until 3pm. This was the last straw. I called the police.
From the proverb: “It is the last straw that breaks the camel’s back”

to reap what you sow – every action has a consequence; what you do comes back to you one way or another. If you treat your friends badly, you won’t have any friends. ‘What goes around comes around)
This expression is usually used in a negative sense. (reap – cosechar “to reap the benefits of a situation = see the fruit)

Have you ever worked on a farm or picked fruit?
Have you ever driven a tractor?
Would you like to see more organic farming? Why (not)?
Are you worried about too much intensive farming?

…and now it’s your turn to practise your English. Are there any farms in your area? Have you ever worked on a farm like Juan?
Do you share Reza’s profound dislike and mistrust of GM (Genetically Modified) food?

Send us a voice message and tell us about your experience. https://www.speakpipe.com/inglespodcast

If you would like all of our episodes transcribed, go to https://www.patreon.com/inglespodcast

If you are a sponsor and have a job interview in English soon, there’s a free pdf and mp3 of our How To Pass a Job Interview e-book on the Patreon page: https://www.patreon.com/inglespodcast