What’s the coldest place you’ve ever been to? We’re speaking about winter weather this week, AND the difference between ‘under’, ‘below’ and ‘beneath’.

Email from Rafael from Guadalajara, México.
Good afternoon from México. Again write Rafael from Guadalajara (It’s Rafael again writing from Guadalajara, land of tequila and mariachis. I have a question, ‘What is the difference between “ Below “ and “Beneath”?
How do you pronounce these words?
Climb (in Spanish escalar) and Claim (in Spanish reclamar)
And the last one question what is “cutre” or something like this ( I think it’s a word from España), in México Spanish not exist this word (this word doesn’t exist).
Thanks in advance for your Help and I wish you an awesome day.
Kind Regards. Rafael Leon

Under
To indicate control, guidance or rules. The Allied forces were under General Eisenhower. Under the terms of the agreement, the money must be paid monthly. Under rule 25.2, all committee members must be elected by a majority.
‘Under’ is used in certain common expressions (common collocations): under +
Suspicion / control / arrest / guarantee / warranty / new management / oath / pressure / the thumb
children under 16 are not allowed inside.

Beneath – more formal and used in a literary style, ‘They kissed beneath the branches of a beautiful old tree as the sun went down.’ (you can also say ‘below’ or ‘under’) 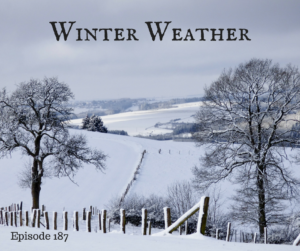 Snowdrift – you could get ‘snowed in’
A blanket of snow
Snowflakes – copos de nieve
Snowball
Sleet – mixture of snow and rain
Slush – wet messy, half-liquid snow on the ground
Driving winds / gale force winds
Below zero/ Sub-zero temperatures
Black ice – To slip, slippery (adj.) – when there’s lack of friction, sometimes due to ice or snow – to skid in a car
Wind chill (factor)
Frost – covering of tiny ice crystals on a surface = escarcha
Frostbite – when very cold weather damages your limbs (fingers, hands, arms, toes, legs)
Icicle – piece of ice hanging from above

Expressions
It’s chilly out – a bit cold
It’s cold today, isn’t it?
It’s brisk – quite cold with a fairly strong wind
It’s freezing cold (bloody cold)
There’s a biting wind
A cold snap (ola de frío) – a few days of unusually cold weather (to snap=to break with noise)
I can’t feel my toes
My fingers have gone numb
I’m freezing my arse off
It’s brass monkeys out there!
To wrap up warm/well – to wear clothes to keep you warm
To feel the cold. – to be susceptible to cold weather. Eg. Vicente from Valencia feels the cold = Vicente de Valencia es friolero.

Discussion
What’s the coldest you’ve ever felt? Where were you?
Would you rather be too hot or too cold?
Are there any cold places you’d like to visit?
Gentlemen, have you ever written your name in the snow (without a pen?!)

…and now it’s your turn to practise your English. What’s the coldest you’ve ever felt or the coldest place you’ve ever visited?
Send us a voice message and tell us what you think. https://www.speakpipe.com/inglespodcast

Bruno Schvidah (long-time AIRCoholic and fan of the show) has signed up on Patreon to be a Gold Sponsor.
Bruno offers walking tours of Copenhagen through his company www.copenhagenwalkingtour.com
10% discount for all AIRCoholics

Many thanks to Patricia Alonso who has been working hard to transcribe episodes for you. We now have available episodes 131 to 142, and episodes 1 to 11.

From Angélica regarding http://www.inglespodcast.com/182 on DIY: Reza said a couple of times “herramientos” , but the word is “herramientas”. It is female noun in Spanish.

On next week’s episode: Art Vocabulary