Past Perfect Simple and Continuous with Mike Hardinge – AIRC91

If you are a new listener to this award-winning podcast, welcome!
With over 40 years of teaching between us, we’ll help you improve your English and take it to the next level. 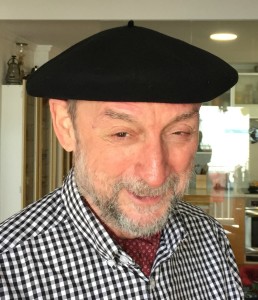 Welcome Mike! [44 years, so that totals 84 years of teaching experience between us!]

In this episode: The past perfect simple and continuous with special guest Mike Hardinge

What is the Past Perfect?

Use: The Past Perfect is the past before the past. When we are already talking about the past and we want to talk about an earlier past time.
It can be in a Simple or Continuous/Progressive form.

Form: had/ ’d + past participle (had eaten, had been, had forgotten, had seen etc)

Let’s see where the past perfect simple fits in. To do this we have to look at a much more ‘important’ tense ‘the past simple’.
The past simple forms the basis of a narrative; it gives us a sequence of events:

The verbs in the story have a ‘fixed’ order, except for ‘had forgotten’, which takes us back to before or during when (5) you got dressed – maybe you put on another jacket or before (7) you rushed out of the house – you didn’t check to see if you had your keys.

Past perfect simple usually takes us back to a previous stage of a narrative.

It is very useful for giving reasons:

If you had gone to bed at the right time, none of this would have happened.

Examples: When Mike arrived, we had already recorded a podcast
I’d never seen such an excellent system for learning phrasal verbs before I saw Mike’s CD.
After she’d studied Mike’s phrasal verb CD, she understood the subject much better.
We’d had our old printer for 8 years before we bought that new one. (two ‘hads’. “ ’d” = “had”)

Question: (different word order) Had you ever won an award before you won in Manchester last year?
Negative: (with NOT) I hadn’t/had not studied Spanish, before I came to Spain.

Use: Focus tends to be on the continuity of the activity/process. Something that started in the past and continued up to a particular time in the past.
Can be used for more temporary actions/situations or a repeated action or a longer action interrupted by another action. Often there’s evidence that the action had been continuing more or less up to point.

Back to Mike’s forgotten keys story. You can’t have a bare narrative with no description and maintain interest, so:

Last night….
(1) you stayed up (didn’t go to bed) to watch a film. IT WAS A REALLY GREAT FILM ABOUT DRAGONS AND MONSTERS AND HEROES WERE FLYING ABOUT ALL OVER THE PLACE. As a result,
(2) you went to bed too late. THE BED WASN’T MADE BUT YOU WERE TOO TIRED TO WORRY. In the morning,
(3) you didn’t hear your alarm. THIS WAS HARDLY SURPRISING.
(4) You woke up late.
(5) You got dressed in an awful hurry, THE ROOM WAS IN A TERRIBLE MESS, THINGS WERE LYING EVERYWHERE.
(6) You didn’t have time for any breakfast and you
(7) rushed out of the house, like a bat out of hell. It was only after you HAD CLOSED the door that
(8) you realised you HAD FORGOTTEN your keys.

Description with WAS, WERE, HAD or PAST CONTINUOUS makes the narrative more palatable (rico/a, apetitoso/a).

The past perfect continuous can add to this description.

YOU HAD BEEN WORKING REALLY HARD AND WANTED TO GIVE YOURSELF A TREAT, so you stayed up to watch a film….you didn’t hear your alarm.
You woke up late. ACTUALLY YOU HADN’T BEEN SLEEPING VERY WELL RECENTLY…YOU HADN’T BEEN LIVING IN THE FLAT FOR VERY LONG.

The past perfect continuous is very useful for giving background description to a story, in a similar way as the past continuous tense.

Use the past perfect in 3rd conditional ‘if’ sentences:

If I hadn’t drunk so much whisky on Saturday night, I wouldn’t have felt so bad on Sunday morning.

If Craig HAD GOT MARRIED when he was 22, he’d have had a family at a very young age.
If Reza HADN’T STAYED in Valencia, he might have gone to Sardinia.
If Mike’s parents HAD TAKEN him abroad when he was really young, he would have learnt another language.
If Mike HADN’T BROUGHT his daughter to Spain, she wouldn’t have learnt Spanish.

Find a teacher and improve your speaking withitalki

Find a teacher and improve your speaking with italki

The past perfect is also used in reported speech:

It’s often ok to use the past simple instead of the past perfect, especially when there is a time expression:

It was three months since he had spoken English.

More time expressions often used with the past perfect: by the time, before, after, as soon as, no sooner…..than….., up to then/that moment

and ‘because’ for giving reasons: “He was very dirty BECAUSE he had just been walking in the rain.”

Craig went to bed early last night because he’d been exercising and he was very tired.

Tell a story and use the past perfect.

Thanks Mike! You can find Mike’s website and his CD on how to learn phrasal verbs at: mikehardinge.com

…and now it’s your turn to practise your English. We want you to practise the past perfect and record yourself saying 4 or 5 sentences using the past perfect. Mix it up with past perfect simple and past perfect continuous and make sure the sentences are true for you. Or tell us a real or imaginary story similar to ours. Send us a voice message at speakpipe.com/inglespodcast (90 seconds – need an app for mobile)

Please show us some iTunes love. Write a review, give us some stars on iTunes.
If you do that, we become more visible and more people can find us. Show us some love.

On next week’s episode: The order of adjectives before a noun