Although / even though / despite / in spite of, work vocabulary, idioms – AIRC32

In this episode: Gramática: Although, even though, despite, in spite of, Vocabulary: Work vocabulary, some more idioms and your questions.

Although Reza is just a poor English teacher, he’s happy.

‘though’ is the same but a bit more informal. 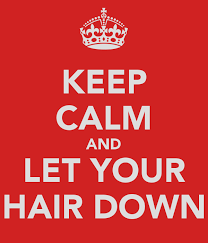 Even though Reza is just a poor English teacher, he’s happy.

‘Even though’ is similar, but a bit more emphatic.

You can begin a sentence with ‘although, though, or even though’, or you can put them in the middle:

‘although’ and ‘even though’ cannot be the last words in the sentence.

Craig has never been to Disneyland. He hopes to go one day, though. (‘though’ used in this way is more informal and more common in spoken English.)

You must use a clause (a subject and a verb) with ‘though’, ‘although’ and ‘even though’

In spite of being a poor English teacher, Reza is happy.

Despite being a poor English teacher, Reza is happy. (Despite / Inspite of + gerund – “In spite of being / Despite being….”)

Despite having bad weather, they went to the beach.

I’m happy, in spite of/despite being a poor English teacher.

It was raining. In spite of this, we went for a walk.

It was raining. Despite that fact, we went for a walk.

Despite that fact that it was raining, we went for a walk.

In spite of the fact that it was bad weather, we had a picnic.

Despite the fact that Reza is poor, he’s happy.

In spite of / despite = A pesar de

Job, work, career, to get the sack, get fired, to hand in your notice, to be made redundant, to get redundancy money, to retire and get a pension

“promotion” (promoción) (to climb the ladder) and “prospects” (perspectivas)

to be “unemployed”, “out of work”, to be on the dole (UK) and “between jobs” (desempleado, parado) 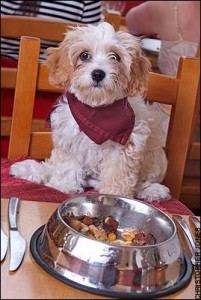 “A dog’s dinner/breakfast” – a mess, something badly organized (hecho un disastre) “The plans are a dog’s dinner.”

“It’s not over until the fat lady sings” – You don’t know how this is going to end until the final minute. It’s often used in sport.

Southern US saying from fat ladies in a church choir “Church ain’t over ’till the fat lady sings.” or from Opera arias

Be generous to someone and the person will demand even more. (Describes someone who will take advantage of you if you are even a little kind to him or her.)

If you let Mark borrow your tools for this weekend, he’ll keep them for years. Give him an inch and he’ll take a mile.

“To let your hair down” – Relax, dejarse relajar – You’ve been working hard all day. Chill out, enjoy yourself, go out.
Send us an email, or a sound file (mensaje de voz en mp3) with a comment or question to craig@inglespodcast.com or belfastreza@gmail.com.

Why not leave us a quick review on iTunes?
The music in this podcast is by Pitx. The track is called See You Later – licensed by creative commons under a by-nc license at ccmixter.org.