Clean you glasses when you say the /h/ sound in English. No se pronuncia desde la garganta.

Feedback:
Lucrecia (Spanish Living in London) Hi there,
I am spanish. I’ve been living in London since two years ago and I still find quite difficult to understand people talking.
Thanks a lot for your teaching, very useful.
Regards

Corrected text:
Hi there,
I am spanish. I’ve been living in London for two years (since 2012) and I still find it quite difficult to understand people talking.
Thanks a lot for your teaching, it’s very useful.
Regards

Tatiana from Argentina: You do a very good job!! Its encouraging that people like you do this (for free) only because you want to teach us a new language.
Im from Argentina and I often hear this audio. congratulations!! never stop doing this

Corrected text:
You do a very good job! It’s encouraging that people like you do this (for free) only because you want to teach us a new language.
I’m from Argentina and I often listen to this podcast. Congratulations! Never stop doing this.

Gramática: Should and had better for advice

“had better’ is a fixed expression, The ‘had’ never changes its form.

The doctor said “You should lose weight.” (deberías perder peso)

“Reza, you had better lose weight or you will have a heart attack.”

‘had better’ is stronger advice than ‘should’.

Had better can imply a threat (a threat = una amenaza).

“You’d better pay us the money or we’ll burn down your shop.” (said by the mafia)

“I should have listened to my wife.” (should + have + past particple)

Contractions:
should have = should’ve
You had better = You’d better

Reza should tidy his house a lot more. He shouldn’t spend so much time watching TV.

Reza recommends that students spend about half an hour a day watching the news or something in English. Here are some suggestions:
www.bbc.com
www.voanews.com
www.cnn.es

Reza studied music in Devon where he lived for three years.
He studied the violin and wanted to play professionally, but he had to give it up and became an English teacher instead.. 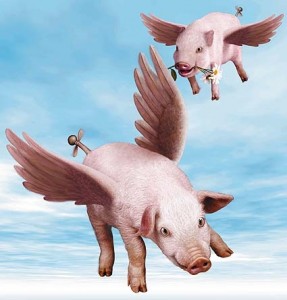 CRAIG: “You can’t have your cake and eat it too.” (“no se puede tener todo”) – to have or to ask for too much.
If you have the cake, of course you’re going to eat it!

“You’ll be laughing on the other side of your face!” = Stop laughing now or something terrible is going to happen to you.

“Never in a month of Sundays.” = No es probable que pasa. When something us unlikely to happen. – “Once in a blue moon.” = Casi nunca.

There will be another episode of Aprender Inglés con Reza y Craig. Mark my words!
Send us an email, or a sound file (mensaje de voz en mp3) with a comment or question to craig@inglespodcast.com or belfastreza@gmail.com.