Engine and motor, jump and leap, due to, the plural of ‘you’ and a Beatles Song – AIRC226

What’s the difference between ‘jump’ and ‘leap’, ‘engine’ and ‘motor’? How do you say ‘you’ in the plural (ustedes, vosotros)? How do you use the expression ‘due to’?
We answer your questions and look at the nonsense words of a famous Beatles song in this episode.

My name’s Craig, and if this is the first time you’re listening to this podcast, you are very welcome. This is a podcast to help you improve your English. Whatever you need English for, we’ll help you take your grammar, your vocabulary, pronunciation to the next level

I’ve been listening to you since you started and I am enjoying every podcast you have created.

I’ve got several questions about English grammar. Maybe you can talk about them in one or in several podcasts, but I thought they could be interesting. 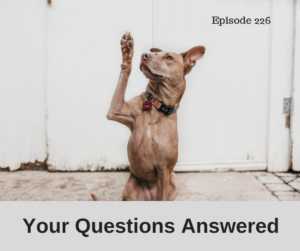 My first question is about the second form of the plural “you”. When I try to emphasise to several people, so I say something like “Thanks to you”, sometimes I feel like I am focusing only on one person and not the whole group.
I guess the best way to make sure everyone understands me would be to say “Thanks to all of you” or “Thanks to you two” or maybe “Thanks to both of you”.

There used to be a difference between the plural ‘ye’ and the singular ‘thou’. (See episode http://www.inglespodcast.com/167)

Informal plural forms: ‘y’all’ (southern United States, and African American informal English)
‘You guys’ in parts of the US, Canada and Australia
‘You lot’ (UK and Australia)
‘yous’ (parts of the UK) – What are yous doing? – Not common usage

My second question is about the use of “due to”. This morning when I was speaking with my wife, she corrected me when I used the first form of the singular.
I said “Due to I’ll finish work …..” when I should say it in another way, which I forgot. Could you explain us how to use “due to”, please?

Due to (because of) = debido a, gracias a – The game was postponed due to the weather. / I arrived late due to the fact that the trains were on strike.

Due to (expected) = suponerse que alguien haga algo – The Prime Minister is due to meet with the President tomorrow. / Reza is due to record some more podcasts with me next week!

Audio message from Santiago from Mexico city
I totally agree with Santiago. You shouldn’t translate from one language to another.
‘The first mistake we XX’ (make)

Email from Rafael Leon (Mexico)
Good afternoon from México, I hope you’re ok. This is Rafael León from Guadalajara, México again, I try to improve my English every day.
I’ve been reading National Geographic magazine, but I have some doubts with some words and their translations in Spanish.
What is the difference between these words?

Leap and Jump, the translation to Spanish for both is “Saltar”
To jump and to leap are very similar. Jump is more common.

“If you jump, you bend your knees, push against the ground with your feet, and move quickly upwards into the air.”
“If you leap, you jump high in the air or jump a long distance.” (dictionary definitions) – Spiderman can leap between tall buildings.

When I think of leap I think of animals like deer (ciervo) leaping or ballet dancers leaping.

Some idioms with jump
jump on the bandwagon (join everybody else in support of a person or cause, not necessarily sincerely – John Lee Dumas – Entrepreneur on fire!)
jump for joy (not physically jumping!) I’m not exactly jumping for joy when I think about going back to work. – Pepito jumped for joy when Valencia beat Madrid 2-0.
jump the gun (start something before the expected time) They met three weeks ago and they’re talking about getting married! – Don’t buy the train tickets yet. Don’t jump the gun because my boss might not give me holiday leave.

Some idioms with leap
a leap of faith – Trusting a webpage designer is a leap of faith. – Hiring a plumber or an electrician or a builder can be a leap of faith.
look before you leap – Carefully consider the possible consequences before taking action. – You should look before you leap with this car. It’s cheap, but the insurance and the petrol will be expensive. – She made a mistake when she married this guy. She should have looked before she leapt.
leaps and bounds – Our podcast has been growing by leaps and bounds. – Our Patreon donations have grown by leaps and bounds these last few months.

Engine and Motor, in Spanish both are “motor”
Motors generally run on electricity, engines usually run on combustion.

Definition from WordNet
A motor is a machine that converts other forms of energy into mechanical energy and so imparts motion.

An engine is a motor that converts thermal energy to mechanical work. (source: wordnetweb.princeton.edu)

The two words are often interchangeable

Raven and Crow, in Spanish is “Cuervo”
Both blackbirds. They look quite similar. Ravens are larger and they often travel in pairs. Crows like to hang out in larger groups. There are more differences:
More information for birdwatchers: https://www.diffen.com/difference/Crow_vs_Raven

By the way I’ve listened the song “Come together “ performance by the Awesome British group “The Beatles “ but I don’t understand anything . What is the meaning of this song?

It doesn’t mean anything, apparently!
Timothy Leary was a psychologist who became famous for experimenting with the drug LSD as a way to promote social interaction and raise consciousness.
Eventually, Leary’s experiments were stopped and he was arrested on drug charges. In 1969, Leary decided to run for Governor of California, and asked John Lennon to write a song for him.
“Come Together, Join The Party” was Leary’s campaign slogan (he supported drugs) Leary’s campaign wasn’t successful, but the slogan gave Lennon the idea for this song.

After Timothy Leary decided against using this song for his political campaign Lennon added some nonsense lyrics and recorded it at the Abbey Road studio with The Beatles.

In a 1980 interview with Playboy magazine, John Lennon said: “The thing was created in the studio. It’s gobbledygook.
‘Come Together’ was an expression that Tim Leary had come up with and he asked me to write a campaign song.
I tried and I tried, but I couldn’t come up with one. But I came up with this, ‘Come Together,’ which wouldn’t have been any good to him – you couldn’t have a campaign song like that, right?”

Come Together – The Beatles tribute – Lyrics

…and now it’s your turn to practise your English.
Send us a voice message. https://www.speakpipe.com/inglespodcast
Send us an email with a comment or question to craig@inglespodcast.com or belfastreza@gmail.com.

Thank you to all our wonderful Patrons who are supporting the podcast. Some of you are saying that the list is so long now that perhaps it would be better to write your names on the website at inglespodcast.com every week and not read them on the podcast. We agree. But, we want to say thank you to all the new patreon subscribers that are joining each month and helping us to pay for the transcriptions. We also want to thank Bruno every week, who is our very generous Gold Sponsor on Patreon:

In August we passed our target! $102.80. We can now guarantee to produce transcripts every week.

Speaking of Angélica, who transcribes the podcast, she gave me some feedback on my Spanish recently. In episode 220 about idioms connected to house and home, I mentioned the phrase ‘mi casa tu casa’. In Spanish you say mi casa es tu casa. And Angélica also said that she thinks the expression ‘siéntete como en tu casa’ can be used in Spain and Latin American countries, but ‘You don’t say siéntate como en tu casa.…that means something like sit down as you do at home!! 🙂

Thank you, Angélica, learning a language is a process. Mistakes are an opportunity to improve. We all make mistakes from time to time and it’s good that we do because that’s how we learn.

On next week’s episode: More of your questions answered

Photo by Camylla Battani on Unsplash