“In this world nothing can be said to be certain, except death and taxes.” – Benjamin Franklin said that in 1789 and people are still dying and paying taxes today.

The idea for today’s podcast came from Gustavo Gonzalo who sent us this email:
Good morning, I’m (It’s) Gustavo once again.
And again I want to greet you, congratulate you and thank you for your educational work.
I think that in some previous podcast you talked about some generic ailments but I would like you to take into consideration the possibility of talking more deeply about other more serious diseases
(cancer, heart attack, AIDS, Alzheimer’s, Parkinson’s, Multiple Sclerosis, ALS, depression, etc.) and the vocabulary related to treatments.
You could also talk about death and how it is treated differently depending on the part of the world where we are (you could talk about the differences between the Anglo-Saxon, Latin, American or Eastern cultures).
Because as someone once said:
“We do not have to take life so seriously, after all we’re not going to get out of it alive”.
Thank you for all (everything) and a big hug. 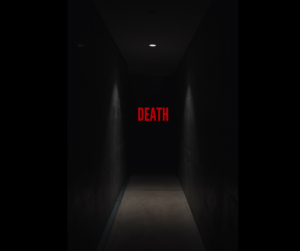 Dead (adj) – He’s dead.
Deadly (adj.) – causing death or metaphorically causing a big impact. eg. A bite from that snake is deadly. Real Madrid’s new player is deadly – he keeps scoring goals.
To bury someone – to be buried
To embalm the body – embalsamar
To cremate someone – urn, ashes
Cemetery
Coffin
Grave – tumba
Funeral
To mourn/to grieve – lamentar la muerte de, estar de luto
To be ‘in mourning’ – a mourner

Monty Python – Always Look on The Bright Side of Life:

It’s a dead cert – cosa segura
to drop dead
The line’s gone dead – these batteries are dead
Dead in the water – failed and incapable of being saved
Deadpan – expressionless eg. I love the comedian’s dry, deadpan sense of humour without laughing.

Idioms
To beat/flog a dead horse – darse cabezazos contra la pared
‘I tried to convince Reza to do up his flat, but it was like flogging a dead horse.’
Reza has done Craig’s supposed love of Mickey Mouse to death – so many times it’s just annoying now!
To come back from the dead – ‘Valencia were losing 2-0, but they came back from the dead in the second half to win 3-2.’
I’m dying to know what will happen in the final episode of my favourite TV series.
This food is just superb – I’ve died and gone to heaven!
To be laid to rest – to be buried. Now that he’s dead, Brian will be laid to rest in his hometown.

Jewish – bury in 24 hours and tear an item of clothing

The longest to wait are the Swedes – an average of 20 days before burying the body. The law is one month.

In China and Taiwan you can hire professional mourners.

The New Orleans jazz funeral – from dirge to dancing

Ghana has fantasy coffins that represent something you loved; a huge fish for fisherman, a Mercedes for a businessman, a big bible if you’re religious

The turning of the bones in Madagascar – every seven years the family has a party, sprays the body of the deceased in perfume or wine and dance with the body.
They talk to it, tell it news and remember old times.

Hindus, on the other hand, don’t touch the dead body because they consider it impure. A drop of water from the holy Ganges should be placed in the dying person’s mouth. All Hindus—except babies, children, and saints are cremated.

Filipino death traditions may be the strangest. The Benguet of Northwestern Philippines blindfold (vendar los ojos) their dead and put them next to the main entrance of the house; their Tinguian neighbors dress bodies in their best clothes, sit them on a chair and put a lit cigarette in their lips. The Caviteño, who live near Manila, bury their dead in a hollowed-out tree trunk. The Apayo, who live in the north, bury their dead under the kitchen.

Muslims are always buried facing Mecca, the holiest city in Islam, wherever the cemetery may be in the world.

…and now it’s your turn to practise your English. Do you have any comments or questions about this episode?
Send us a voice message. https://www.speakpipe.com/inglespodcast
Send us an email with a comment or question to craig@inglespodcast.com or belfastreza@gmail.com.

Thank you to…..Bruno our Gold Sponsor on Patreon
Walking tours of Copenhagen through his company https://www.copenhagenwalkingtour.com/
Castle Tours and Walking Tours of Copenhagen both in English or Spanish!
Also, Favela walking tour in Rio, led by local guides only. It’s safe and it helps the community to improve on their daily needs. Go to Bruno’s websites to find out more information: http://www.favelawalkingtour.com.br/

Thank you to Patricia Alonso who continues working hard to transcribe episodes for you. We now have available episodes 1 to 22 and 131 to 142. Not only Patricia, but others in the past who have helped us like Arminda from Madrid, Alberto from Granada – thank you.

On next week’s episode: Cheese

The music in this podcast is by Pitx. The track is called ‘See You Later’
Photo by Charles Deluvio on Unsplash