Welcome to an IMBETWEEN-A-SODE with me Craig and Special guest Gill. 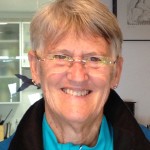 Gill is a good friend and ex-colleague of mine from the British Council, who I’ve known for many years and admired as a wonderful teacher.

I’m very happy that she’s agreed to come on the show and share her experience with you.

We’re waiting for Reza. Do you know where he is? Has he contacted you?

“Where do you think he is?” – “He might be on the way. It’s raining in Valencia, so the traffic lights might not be working.”

“He may be having coffee with an attractive young Spanish girl.”

“He’s teaching! He can’t be having coffee because I know he’s teaching now in the British COuncil. Unfortunately, he can’t be with us today.”

Reza and I spoke about modal verbs in episode 23, episode 24 and episode 26 – shownotes inglespodcast.com

Modal verbs COULD BE a difficult topic!

Most modal verbs are not too difficult when used in the present.

Some students question the difference between might and could.

Students at a lower level shouldn’t ‘sweat over’ (worry about) the difference between might and could, or ‘get headaches’ (don’t worry about it).

Modal verbs are not usually put together in course books. They are taught in groups, for example you might see ‘must’ and ‘can’t’ together or ‘might’ and ‘could’.

“He should be in class now.” (Reza debería estar en clase ahora.)

“He should be here by now.” (expressing surprise and concern) “Why isn’t he here?”
Must – Can’t

The negative of must for speculation is can’t – (not mustn’t!)

“He must be in class.” (estoy casi seguro)

“He can’t be on the bus because he’s teaching.”

BUT….you can use the negative can’t for speculation: “He can’t be ill.” “He can’t be in class.”
HAVE TO and DON’T HAVE TO are not opposites in meaning

“I have to get up early tomorrow morning.” (Tengo que….)

“I don’t have to get up early tomorrow morning.” (No es necessario…..)

Don’t use the negative of ‘could’ for speculation: XIt couldn’t rain this afternoon.X

It is correct to say “It might not rain this afternoon.”

“He couldn’t come.” means it wasn’t possible for him to come.

“He might not come.” means there is a possibility of him appearing.

May is used more for polite and formal (very polite) permission “May I have a biscuit?” “My I use your toilet?”

MODAL VERBS IN THE PAST

MODAL VERB (must/might/could/can’t) + HAVE + PAST PARTICIPLE

“Reza had an early lesson today. he MUST HAVE GOT UP early.”

“He might have been kidnapped by ISIS or the CIA.”

“He can’t have been kidnapped.”

Gill, now that you don’t have regular classes, you must have lots of spare time? I suspect you must have been happy to be sleeping later in the morning.

Gill should be happy, but her body clock still rings at 7. At 8 o’clock she’s on the move.

When I sent Gill a mesage at 7.30am, I thought “Gill must be sleeping, she can’t be awake.”

Gill’s a morning person. She doesn’t have to get up (early), but she does.

It might take Gill a while to get used to the new hours.

“He should have phoned me.”

“He could’ve phoned very early and I was in the gym.”

“I must have been in the gym.”

“He can’t have been in class.”

“He must have gone to the gym.”

“He must have seen you in the gym.”

“He must have fallen in the gym.”

“he must have had a shower after.”

“He can’t have gone home sweaty.”

“He should have (should’ve) phoned you.”

“He should’ve sent you a message.”

“He shouldn’t have not have appeared.”

“He can’t not have seen your message.” = You must have seen it.
MUST and HAVE TO can be used to talk about obligation – “GOT TO” is also possible. It’s more common in British English.

“I’ve got to buy some new slippers.”

“I’ve got to pay this this afternoon.”

Must’ve (must have) and should’ve (should have) are often confused.

If someone comes back from the beach and they are red because they didn’t use any suncream, you could say. “You should’ve used your suncream. You shouldn’t have stayed out in the sun so long.” (critisism/advice in the past)

“You shouldn’t have stayed in the sun so long without suncream.”

“You must’ve used suncream.” = I’m sure you did because you didn’t burn.

“You should’ve taken your beach umbrella.”

“You shouldn’t have bothered.”

“You really shouldn’t have.”

Use NEED for necessity – “You need to go to the doctor.”

But ‘need’ in the past is only used in the negative: “You needn’t have wasted your time.”

“You needn’t have listened to this episode of modal verbs!”
If you have any questions about modal verbs, please ask us.
Send us an email, or a sound file (click the orange button at inglespodcast.com) with a comment or question to craig@inglespodcast.com or belfastreza@gmail.com

How did you find our show?
What would you like us to talk about on the show?

If you want to know more about Gill, you can see an interview on YouTube.
Learn English free at mansioningles.com and take your English to the next level with our audio podcasts at inglespodcast.com
The music in this podcast is by Pitx. The track is called See You Later – licensed by creative commons under a by-nc license at ccmixter.org.